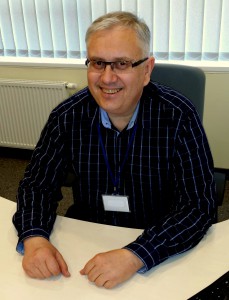 Professor Janusz Adam Rak, PhD, DSc received both his MSc (1986; physical chemistry) and PhD (1992; physical and theoretical chemistry) with first class honors. In 2000 he got his habilitation in theoretical and physical chemistry, and in 2007 he received a professor title. In 1994 and 1995 he spent several months at the Oakland University  (OU; MS, USA) as a postdoc and then in 1996/97 he worked at OU as a Fulbright Foundation Fellow. The years 1997-1998 and three months of 2001 he spent at the Technical University of Munich as a Humboldt Foundation Fellow. In 2005 he visited University of Girona (Spain), and 2 months of 2006 and 2008 he stayed at the Jackson State University (Mississippi, USA) as a visiting professor. In the years 2000-2001 Prof. Rak headed the Division of Quantum Chemistry, in 2002-2013 the Division of Theoretical Physical Chemistry and currently he is a head of the Biological Sensitizers Laboratory at the Department of Chemistry University of Gdańsk. His past interests comprised photoconductivity in solution, thermochemistry of organic and inorganic salts, prototropic tautomerism in organic compounds, chemiluminescence of acridine derivatives, intermolecular forces with particular emphasis on the non-additive effects as well as repair processes in DNA. Currently, he is involved in the quantum chemical investigations of the electron-induced degradation of DNA, long-range electron transfer in this biopolymer, and theoretically-experimental studies on DNA sensitization to UV photons and ionizing radiation. Professor Rak published over 130 original and review articles in Journal of the American Chemical Society,  Angewandte Chemie, Chemical Communications, the Journal of Physical Chemistry, the Journal of Chemical Physics etc. He also delivered invited lectures at the Technical University of Munich, University of Girona, Jackson State University, Oakland University and Johns Hopkins University as well at a number of local and international conferences. He played the role of PI in two international grants financed by British-Polish Research Partnership Program (2004-2006) and British Royal Society (e-GAP; 2007-2008). He led as well many individual grants granted by the Scientific Research Committee and Ministry of Science and Higher Education. He also received grants from the National Science Center via the OPUS 3 funding scheme and very recently via the MESTRO 6 program.  He was regularly awarded by the Foundation for the Development of Gdańsk University, Foundation for Polish Science, Ministry of National Education and Rector of Gdańsk University.

Lidia Chomicz-Mańka, Ph.D. – engaged in studies on the mechanisms of modified DNA radiodegradation, with the use of quantum theory tools. She is experienced especially in the DFT (Density Functional Theory) methods and starting to use hybrid type calculations methodology (e.g. ONIOM). She defended her doctoral thesis, titled: Not only 5-bromouracil. Nucleic acids derivatives as potential radiosensitizers, with honours, in March 2015 at the Faculty of Chemistry, University of Gdańsk. She did two research stays: in Institute of Applied Radiation Chemistry, Technical University of Łódź (2 months, 2008) and Interdisciplinary Center for Nanotoxicity, Jackson State University (3 months, 2011). Winner of START scholarship (Foundation for Polish Science, twice: 2014 and 2015), University of Gdańsk Rector’s Award (Team, 2014), beneficiary of InnoDoktorant (2013) and Kształcimy najlepszych (2012) scholarships for PhD students. Since October 2013 working as a Research Assistant in Physical Chemistry Chair, Faculty of Chemistry, University of Gdańsk. 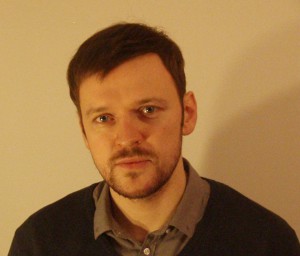 Jacek Czub, Ph.D. – his main scientific interests are in the application of computational and theoretical methods to study (bio)molecular systems. He uses molecular simulations to study driving forces behind biology- and chemistry-related processes at the microscopic level. The current research projects include mechanisms of energy conversion in protein motors, DNA-protein interactions, interactions of ligands and proteins with lipid membranes, the effect of co-solvents on the structural stability of proteins and DNA. Within the Maestro grant he is involved in studying the mechanisms of DNA radiodegradation through ab-initio molecular dynamics. After completing his Ph.D. in chemistry, he worked for three years (2008-2011) as a postdoc in the computational biophysics lab of Prof. Helmut Grubmuller at the Max Planck Institute for Biphysical Chemistry. He was awarded a scholarship within the Foundation for Polish Science “Start” Programme (2008) and a scholarship for young outstanding investigators by the Ministry of Science and Higher Education (2012-2015). He obtained research grants within the Foundation for Polish Science “Homing Plus” Programme (2012-2014) and within the Iuventus Plus Programme of the Ministry of Science and Higher Education (2013-2016). 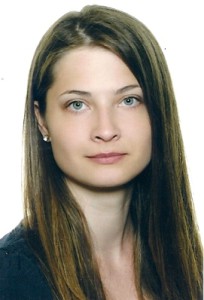 Samanta Makurat, MSc has been studying the effects of electron attachment to thymidine analogues for her master’s thesis research. That allowed her to gain some experience in computational chemistry methods. One of the best students, repeatedly awarded for great academic performance.

Miłosz Wieczór, MSc Eng. – specializes in studying biologically relevant problems by means of molecular dynamics (MD), combining the approaches of classical molecular mechanics (MM) and quantum mechanics (QM). In his research, he applies a wide range of simulational free energy methods well grounded in statistical thermodynamics. Holder of the Diamond Grant (2014), selected as the best student at the Gdańsk University of Technology (2014). 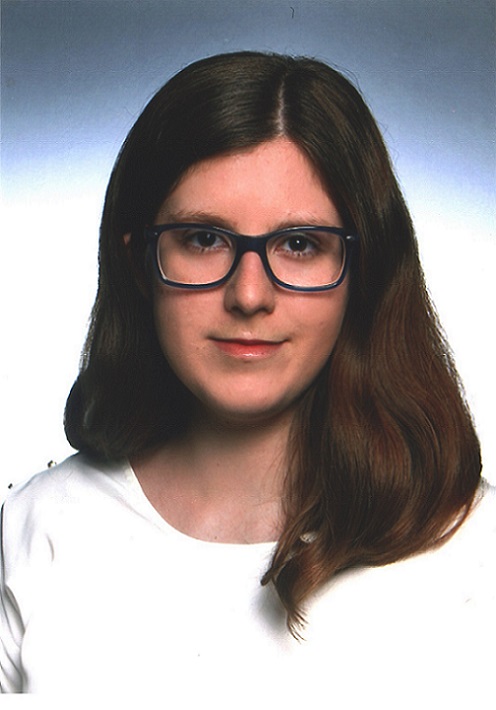 Karina Falkiewicz, MSc Eng. –  In 2017, she graduated with her engineer’s degree in Biomedical Engineering at the Gdańsk University of Technology. At the same university in 2018 she graduated with master’s degree in Biotechnology. Her master’s thesis concerned on bioinformatics, she focused on making the database integrating the structure of enzyme complexes with small ligands from external databases and its graphical interface. For the analysis of given structures, she used programming like Python, PHP or SQL. Since 2018, as a PhD student, she has belonged to the Laboratory of Biological Sensitizers and she has been part of the computational team. It allowed her to acquaint oneself with computational methods of quantum chemistry – mainly DFT methods – to analyze the mechanisms of dissociative electron attachment and the degradation of modified nucleosides induced by solvated electrons to determine their radiosensitizing potential. 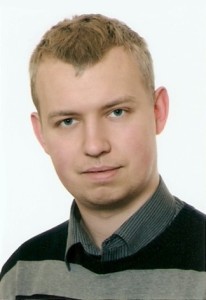 Witold Kozak, PhD Eng. – born in Kalisz, where he began his education. In 2013 he defended his Master’s thesis in Chemical Technology on Chemical Faculty at the Gdansk University of Technology. In the same place he defended his PhD under the supervision of Professor Janusz Rachon and Phd Dsc Eng. Sebastian Demkowicz. The topic of his dissertation was “Design, synthesis and biological evaluation of new phosphate and thiophosphate coumarin, biphenyl, tyramine and flavone analogs as potential inhibitors of steroid sulfatase (STS).” He is a synthetic chemist that can handle with both, well-known and already described compounds, as well as novel, non-reported derivatives. Not only science and chemistry are vital for him, he has lots of other interests. The most essential one is music and here not only listening is considered. He plays the drums in a thrashmetal band Deathinition. Moreover, he plays volleyball in an amateur team, reads books a lot and fancies spending his free time being active. 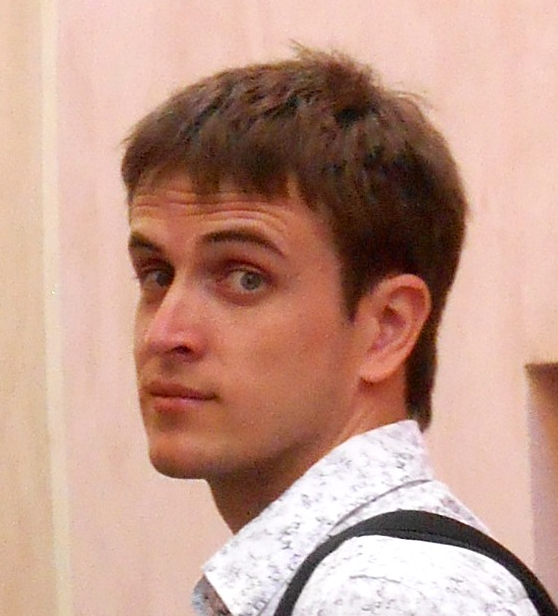 Illia E. Serdiuk, Ph.D. – graduated from Faculty of Chemisty in V.N. Karazin Kharkiv National University (Ukraine) in 2011 with honors degree. From 2010 till 2012, he worked as organic chemist in LLC “Institute of combinatorial organic synthesis of biologically active substances” (Ukraine). In 2016, he defended PhD thesis titled “Synthesis and spectral features of flavones in which intra- and intermolecular proton transfer occurs” with honors degree in University of Gdańsk. I. E. Serdiuk is currently the project manager of research grant titled “Synthesis, structure and luminogenic features of novel fluorophores originating from 7-hydroxyflavone and 3,7-dihydroxyflavone” financed by the National Scientific Centre of Poland (NCN) within Preludium 7 program, and was project executor of 3 other research grants in Poland and Ukraine. Research interests of I. E. Serdiuk involve synthesis of organic compounds (dyes, fluorophores and nucleic bases), excited-state proton transfer (ESPT) phenomenon, interactions of peptides and enzymes with fluorophores, plasmon resonance enhanced fluorescence, solid-state fluorescence and chemiluminescence.
In the research group of Prof. J. Rak, I. E. Serdiuk participates as organic chemist involved in the synthesis of nucleobase derivatives. 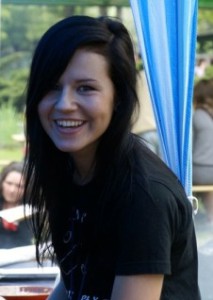 Magdalena Zdrowowicz, PhD – In 2012 she defended her Master’s thesis in Biological Chemistry on Faculty of Chemistry at the University of Gdańsk. In the same place she defended her PhD under the supervision of Professor Janusz Rak. The topic of her dissertation was “Nucleobases derivatives as DNA sensitizers for electromagnetic radiation”. She studies the processes of photo- and radiosensitization of DNA labeled with modified nucleosides. In addition to physicochemical studies of labeled DNA models, she conducts research on cell lines in order to investigate the response of labeled tumor cells to UV / ionizing radiation.Winner of START scholarship (Foundation for Polish Science), University of Gdańsk Rector’s Awards, beneficiary of “Europa 2020” scholarship for PhD students. Since October 2016 working in Department of Physical Chemistry, Faculty of Chemistry, University of Gdańsk.

Paulina Spisz, MSc – engaged in the synthesis of modified nucleosides with potential sensitizing properties. She has experience in the synthesis of acridone derivatives, she conducted research on the development of a new synthesis method for glucuronidation of acridinone antitumor agents. MAESTRO fellowship. 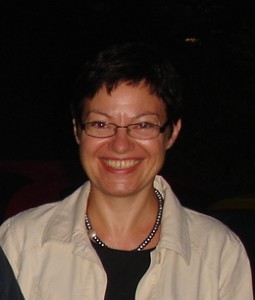 Anna Herman-Antosiewicz, PhD, Assoc. Prof. – Academic in the Department of Molecular Biology, Faculty of Biology, University of Gdańsk. Together with her collaborators conducts research on -among others -biology of cancer cells and their response at the molecular level to drugs or potential anticancer drugs. She applies methods of molecular and cell biology and in vitro cell culture models. She received two long-term post-doctoral trainings, in Nagoya University School of Medicine (Japan) and Pittsburgh University Cancer Institute (USA). She is the recipient of scientific awards, including award of Minister of Education, Polish Biochemical Society, Polish Genetic Society, Rector of the Medical University of Gdansk, and of scholarship for young scientists of the Foundation for Polish Science. Co-author of 49 scientific publications. 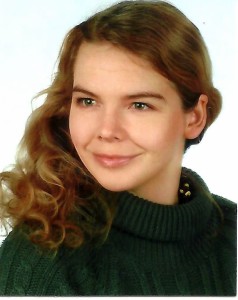 Aleksandra Hać, Ph.D. – her main scientific interests focuses on the impact of potential therapeutic agents on cancer cells biology. In her studies she applies a number of molecular and cell biology techniques including viability tests, flow cytometry, immunoblotting, two-step quantitative PCR (qRT-PCR) or fluorescence microscopy. Dr. Hać was awarded numerous scholarships, including national (Prime Minister scholarship, the pro-quality subsidy for the best Ph.D. students, scholarship within the project  “Programme of University of Gdańsk development in the areas 2020 (UG 2020) “) as well as scholarships awarded by international organizations including the European Molecular Biology Organization (EMBO), the Federation of Societies of the Biochemistry and Molecular Biology (FEBS) and the International Union of Biochemistry and Molecular Biology (IUBMB). She is also a laureate of the Polish Biochemical Society Award in a Włodzimierz Mozołowski competition. Moreover, she obtained research grants within the competition for the University of Gdańsk young scientists (a realization of the project awarded) and in the Preludium Programme of the National Science Centre.