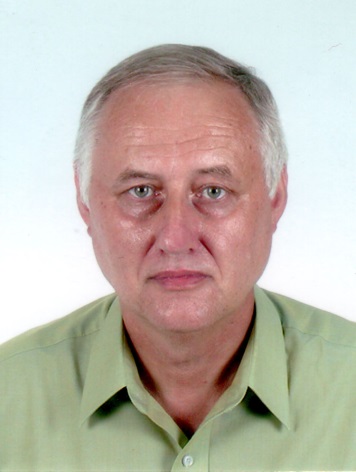 Krzysztof Bobrowski is currently a Professor of Chemistry at the Institute of Nuclear Chemistry and Technology in Warsaw and the Head of Pulse Radiolysis Laboratory. He received M.Sc. in chemistry from University of Warsaw in 1972, a Ph.D. in physical chemistry from the Institute of Nuclear Research in 1976, D.Sc. in radiation chemistry from Technical University of Łódź in 1991, and the Professor Title from the President of Poland in 1998. Prof. Bobrowski has long experience in radiation chemistry, physical chemistry, photochemistry, radical chemistry, and biophysics. His current research interests include radiolytically and photochemically induced radical processes in compounds of biological relevance, sulfur radical chemistry, long-range electron transfer processes in peptides and proteins involving aromatic and sulfur amino acid residues, oxidative stress, and application of pulse radiolysis and laser flash photolysis. He is a recipient of Maria Skłodowska-Curie Medal of the Polish Radiation Research Society in 2013. Profs. Bobrowski and Rak have been collaborating for several years. Currently, they are involved in the COST Action CM1201 Biomimetic Radical Chemistry. Quite recently they published two papers related to photochemical and radiation chemical studies on radical processes in aqueous solutions of bromonucleosides as well as on the radiolysis of short oligonucleotides labeled with bromonucleosides in water. Results of the latter project show directly that native DNA is not reactive to the excess electron in an aqueous solution and some type of radiosensitization is necessary in order to make electrons a DNA damaging factor.

Kit H. Bowen is currently E. Emmet Reid Professor at Johns Hopkins University. He received a B.S. in chemistry from University of Mississippi in 1970, a M.Sc. in chemistry from Harvard University in 1973, and a Ph.D. in chemistry from Harvard University in 1977. After a three year postdoctoral at Harvard University he joined Johns Hopkins University. Professor Bowen’s research interests are centered around clusters and nanoparticles. Clusters are aggregates of atoms and/or molecules held together by some of the same interatomic or intermolecular forces which are responsible for cohesion in solids and liquids. Clusters are thus finite-size microcosms of the condensed phase, the realm in which most chemistry occurs. A major objective of Dr. Bowen’s research is to provide a molecule’s eye view of many-body, condensed phase interactions. The study of size-specific and composition-specific clusters provides an incisive means of addressing this fundamental and longstanding problem in physical chemistry. Experimental methods utilized in Prof. Bowen’s group to study clusters include both continuous and pulsed negative ion photoelectron spectroscopy, mass spectrometry, and photodissociation spectroscopy. Profs. Bowen and Rak commenced their fruitful collaboration in 2001. So far they published tens of papers on negatively charged clusters involving nucleobase and nucleobase derivatives that emphasize the importance of electron attachment induced proton transfer in those systems. 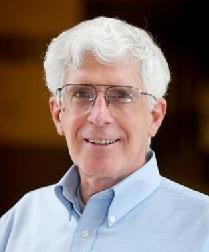 Michael D. Sevilla is currently Distinguished Professor of Chemistry at Oakland University (MI, USA). He received a B.S. in chemistry from San Jose State College and a Ph.D. in physical chemistry from the University of Washington in 1967. After a postdoctoral year at the University of Washington and two years with Atomics International Corp., he joined Oakland University in 1970. He has been Chair of the Chemistry Department at Oakland University, 1997-2003, Associate Editor of Radiation Research, 2003-2006, and President of the Radiation Research Society, 2005-2006. Professor Sevilla is a well-known radiation chemist and has focused his research on free radical reactions induced by radiation damage to DNA and other biomolecules employing experimental approaches such as electron spin resonance spectroscopy and theoretical approaches such as density functional theory. Sevilla’s research into how radiation damages DNA is funded by the National Cancer Institute, as it aids understanding of the use of radiation in cancer treatment. Undergraduate, graduate and doctoral students, in addition to senior staffers, all contribute to the research effort, and Prof. Sevilla’s lab is recognized as an environment that is conducive to innovative research and open discussion. The collaboration between Profs. Sevilla and Rak begun in 1997 when the latter did his postdoctoral study at Oakland University. After several year break the collaboration reborn and since 2009 Sevila’s and Rak’s groups published a number of papers together on biologically important radicals, combining their primary strengths, i.e. ESR spectroscopy and computational chemistry. 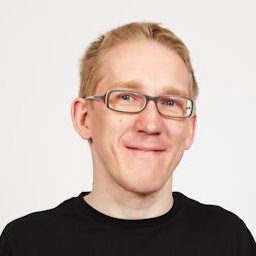 Mieczysław Torchała studied at Adam Mickiewicz University in Poznań, Poland in parallel for two MSc titles, in theoretical chemistry (2006) and in theoretical physics (2007). In 2010 he obtained a PhD degree in biophysics from the same university. As a student, he was awarded Minister of Science and Higher Education Scholarship, Maxima Cum Laude Diploma for the best graduates, Adam Mickiewicz University medal for outstanding academic achievements and significant involvement in the university life, and Professor Jacek Rychlewski Award for the best MSc thesis in quantum chemistry. Since October 2010, he is a Postdoctoral Research Fellow in Cancer Research UK (The Francis Crick Institute since April 2015), where his previous skills and experience are being significantly diversified and broadened towards molecular biology. He has a multidisciplinary range of research experience, from high precision quantum chemistry, through semi-empirical quantum chemical methods, to statistical physics and molecular biology. For most of his projects he developed his own software in various languages such as C++, Python, Fortran and Java. He developed from scratch the SwarmDock Server, one of the best performing protein-protein structure prediction webservices and participates with good results in the international CAPRI experiments (Critical Assessment of Prediction of Interactions).